The Jewish quarter Mellah of Marrakesh

Place
Editor Made in Marrakech

Mellah, also known as the Jewish quarter of Marrakesh. The name Mellah is given to areas in which residents are mainly Jewish. It is also a derivative of the Arabic word for salt. We will share with you its history and where it stands as of now.

The origin of Mellah

Throughout the 16th century and to be more specific in 1557 the quarters has appeared in Marrakesh. The settlement of the Jewish group has installed. As they grew in number, their walls grew in height. Their area is surrounded by huge walls with only two entrances. They had guards pointed by the king to assure their protection. They were also known to be skillful and highly intelligent in different specialties. We can still up to this day witness the architectural design and the fine attention to detail. We have contributed to the community culturally, economically and spiritually. The Jewish population has once exceeded 50 000 inhabitants in the Moroccan kingdom. But nowadays there is only 1 000 left around the city.

Mellah as we know it now

As you enter the Mellah you are welcomed with its old looking houses, capturing the Jewish spirit and masonry. As you explore its quarters, you will find the Souk “Traditional Market” with all its colors and various refreshing aromas. The Jewish people were known to be independent, as they had everything they need within their community. This reflects on all the craftsmen and products you would find in its souk. The heritage is well preserved, and the Jewish touch is still aging beautifully. 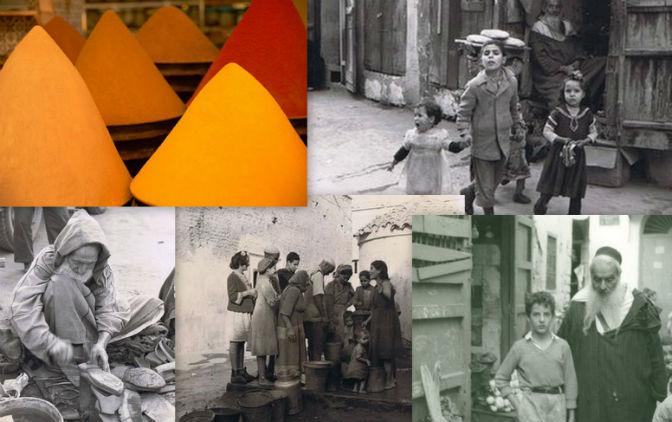 Editor Made in Marrakech